What's your challenge?
Design with glass

From anti-reflection to color tints, modern glass enhances design in many ways.

Whatever the construction challenge, we have the glass to help meet it.

See how the correct choice of glass can help transform a home – and even our wellbeing.

What modern glass can do

How and where glass is used

How glass is made and what it offers

Curved glass contributes to harmony between Victorian and contemporary design

When glass helps to create a comfortable learning environment 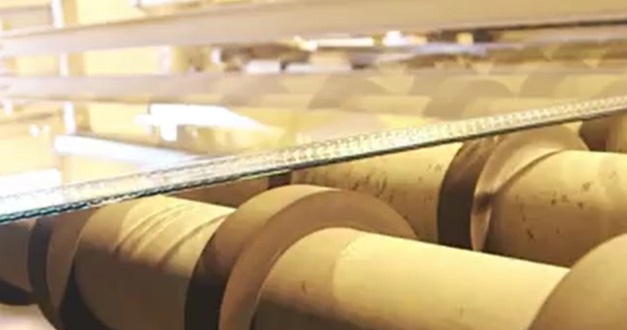 Methods of making glass have changed considerably over the centuries, from a highly skilled craft to today’s high volume industrial production. One of the most important innovations in the glass industry was the development of the Float Glass production process and we’d like to give you an insight into how float glass is made today.

From skilled craftsmen to industrialization

Glass was first discovered around 5,000 BC. For centuries, individual craftmanship dominated and it was not until the 20th Century that glass production became industrialized and mass produced in sheets. But there was still one major drawback: glass had to be ground and polished on both sides to obtain the desired quality – a process that was very time-consuming and costly.

Then came perhaps the greatest innovation in glass history – the introduction of the Float Glass production process, popularized in the 1960s. This breakthrough led to a dramatic rise in the use of glass around the world.

The process of making float glass is rather like preparing and cooking a carefully planned meal. You start by collecting all the required ingredients, then follow a specific set of processes that include heating to the correct temperature then cooling in the right manner. Follow the recipe to the letter and the results are worth the effort.

The float glass process begins with a mixture of raw materials including key ingredients of silica sand, soda ash, limestone and dolomite. 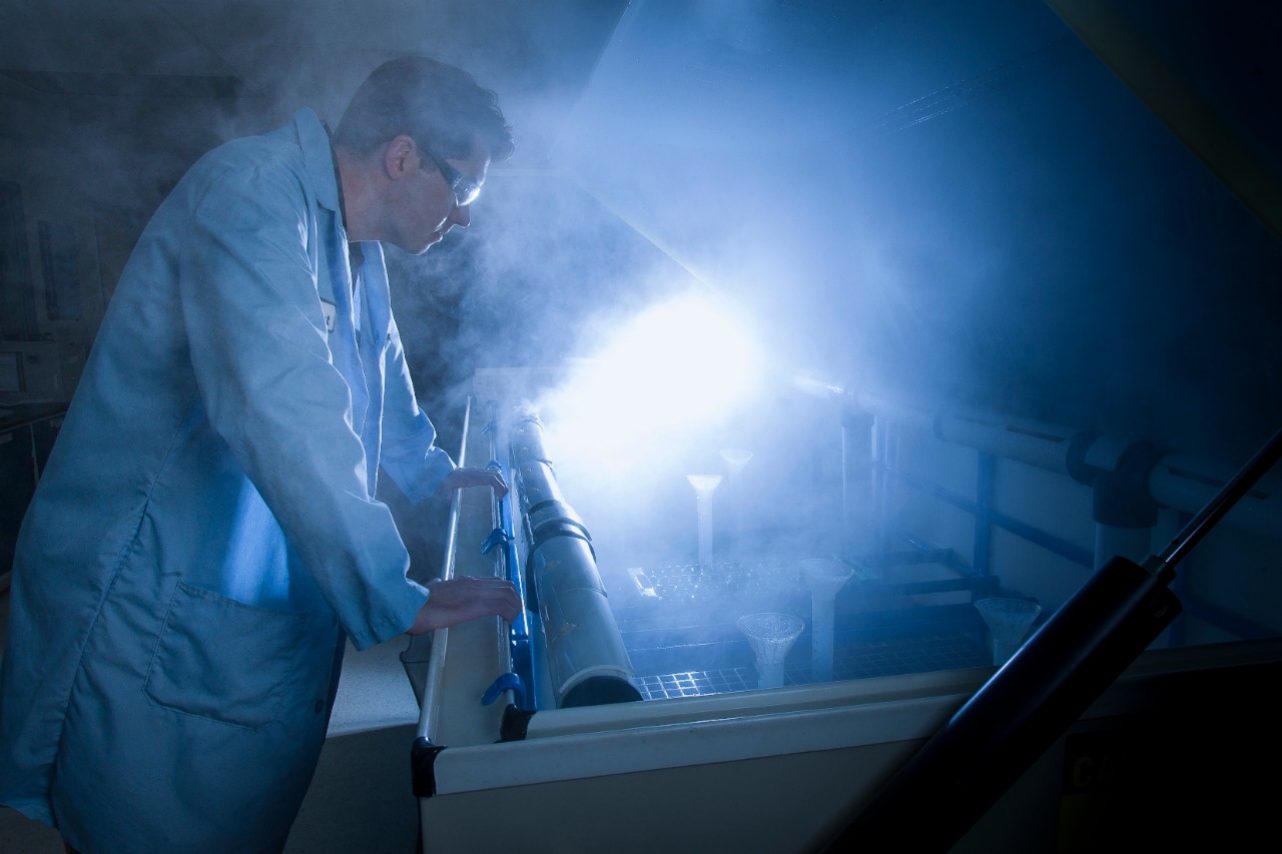 A blend comprising of around 80% of this mixture and approximately 20% glass cullet (internally-reused scrap glass) is fed into a furnace and melted at extremely high temperatures. After extended mixing, bubbles are released, and the molten glass ribbon is floated atop a bath of liquid tin to efficiently facilitate flat, parallel surfaces. 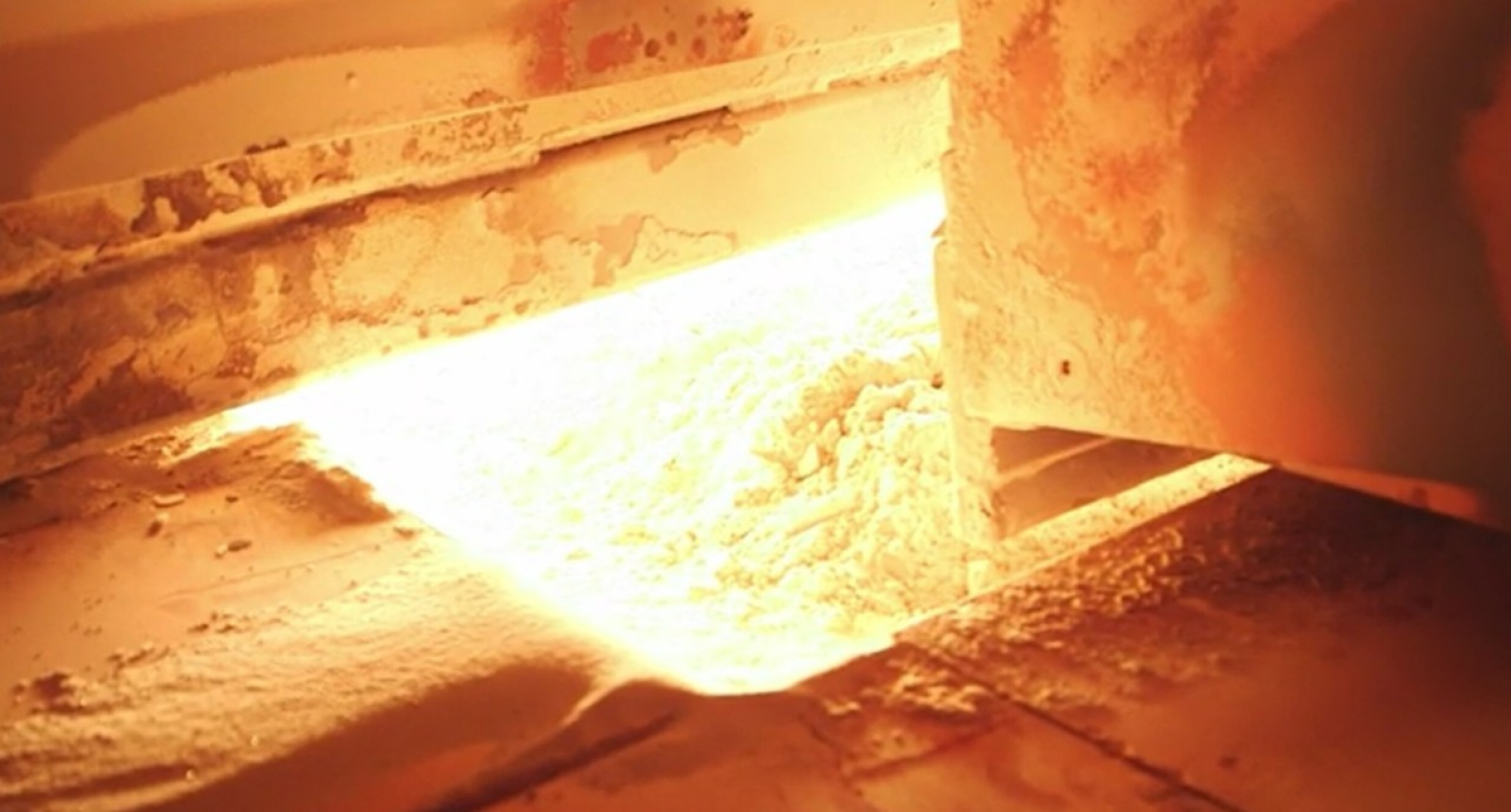 Tin is chemically unreactive with glass, and aligns with the glass production process from the standpoints of its material density and melting temperature. Within the tin bath, the thickness of the glass ribbon is established. 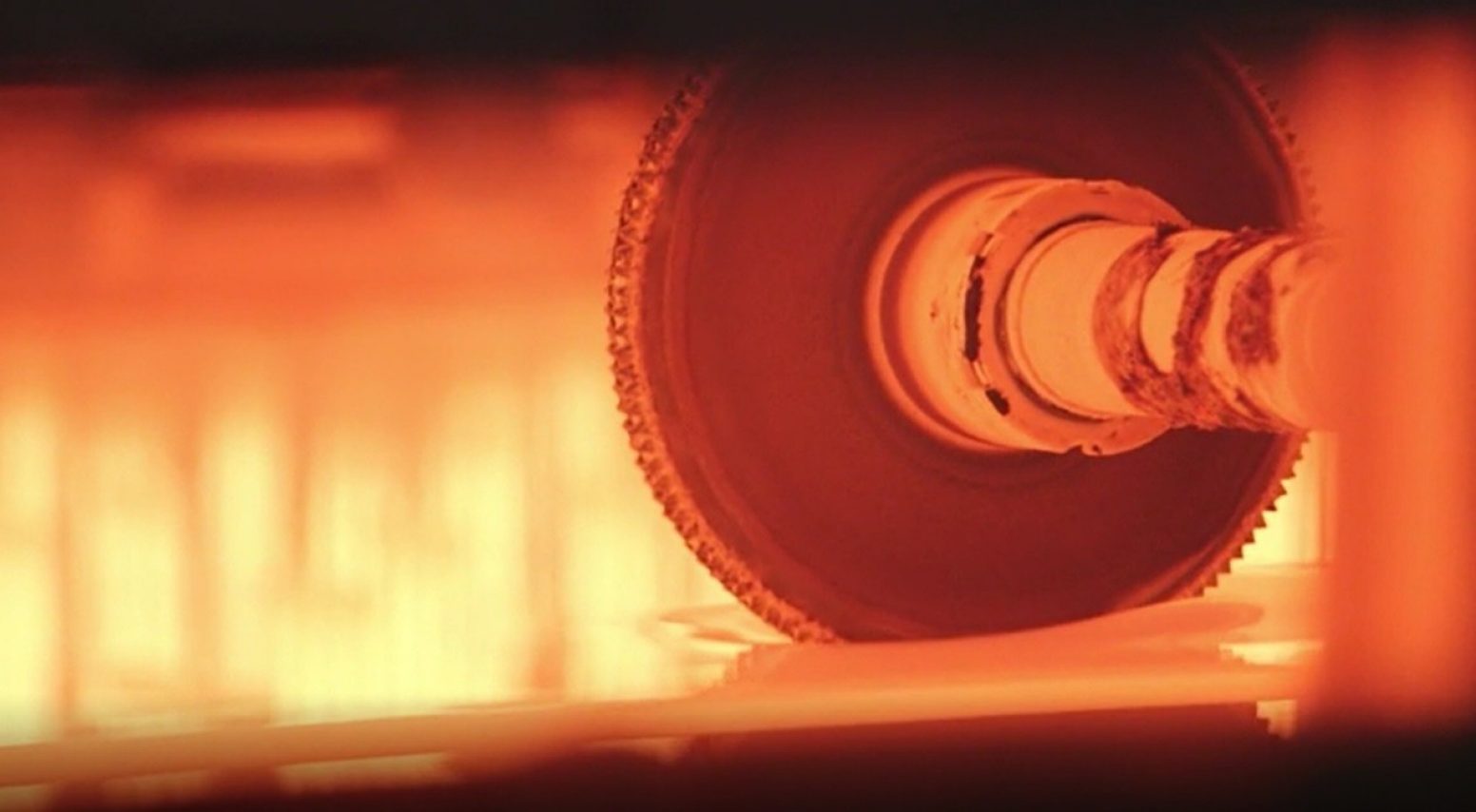 Along an annealing lehr, the temperature of the glass is gradually reduced in proximity to that of the factory, enabling the material to be cut into industrial stock sheets and stored. 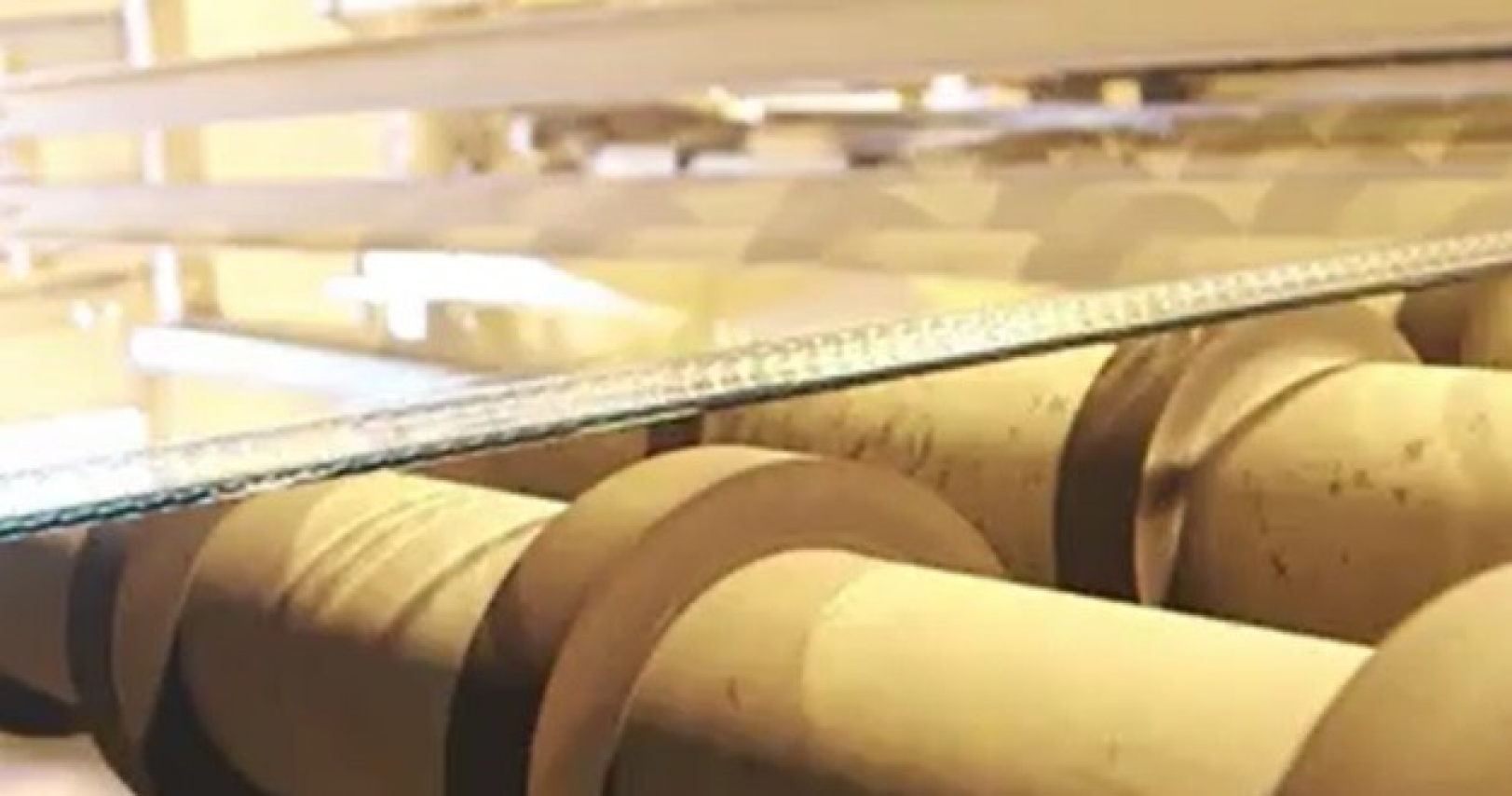 Learn more about the float process 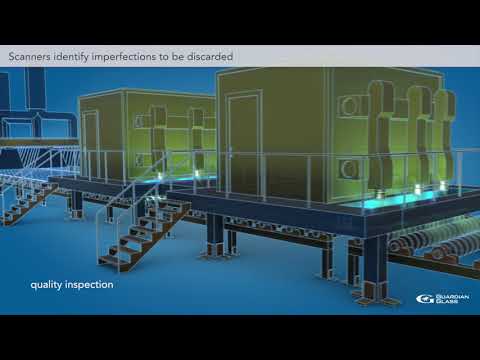 Watch a video of how Float Glass is made

While float glass provides an excellent base product, laminating the glass can add other benefits such as color, sound control, safety and security. This helps make the glass more suitable for today’s demanding architectural applications, whether the end-use is sound reduction, hurricane impact-resistance, anti-intrusion, protection from broken glass – or a combination of these.

Laminated glass consists of glass sheets bonded together using a plastic interlayer. The glass and interlayers can be supplied in a variety of colors and thicknesses to provide the desired appearance and performance to suit your application. 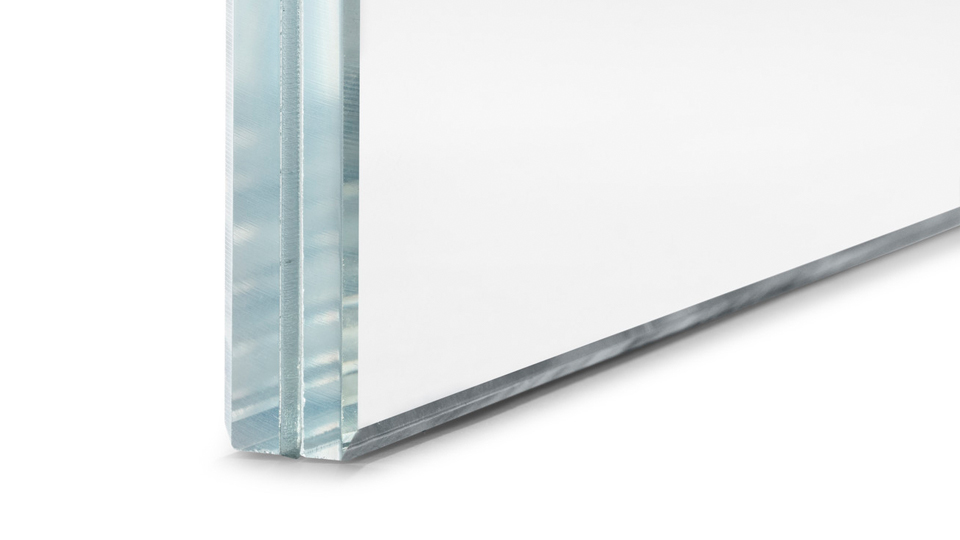 Today, glazing needs to offer so much more than allow natural light into a building and providing clear, uninterrupted views. Very thin coatings are added to float glass to add additional functions modern buildings require – from solar control, to improved insulation and anti-reflection properties. As glass makers, our goal is to help improve the comfort and wellbeing of occupants and to offer a more energy efficient building envelope that is tuned to its surroundings and climate.

Learn more about the coating process 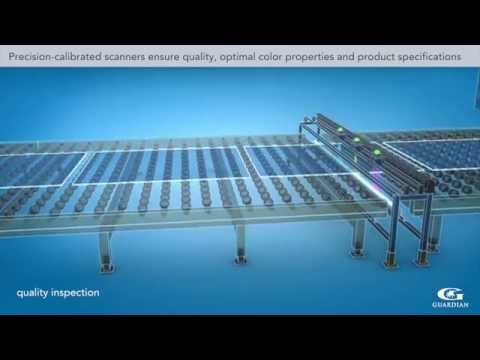 The way glass is made, coated and laminated allows us to offer a wide array of high-performance glass products that can be customized to meet your unique challenges. The possibilities are simply endless. Need more convincing? Head to our ‘Properties of Glass’ section where you can discover more about the properties and physical characteristics of float, laminated and coated glass. 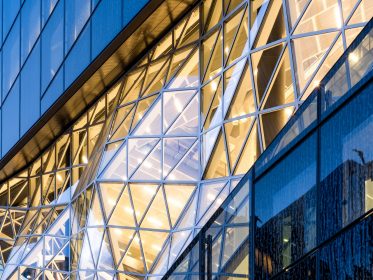 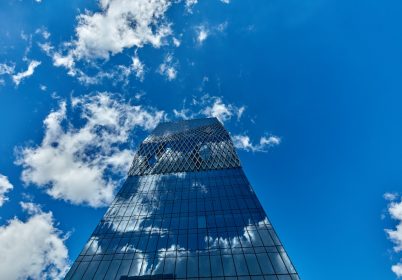 Our vision for sustainability 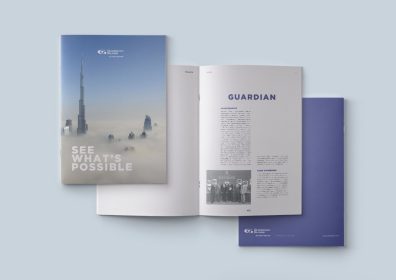