Understand how glass can influence a building's energy and acoustic performance

Learn more about glass and what you can do with it.

There’s almost no limit to what you can create with glass.

Glass is the ultimate building element, and can be tailored to each project.

We’re helping glass inspire more homes than ever before.

Due to the clever structural glazing, the aesthetics are visually appealing, reflecting the building’s surroundings on all sides.

VIEW MORE PROJECTS
All our projects
Discover all our products

The Gardens of Marqueyssac is the most visited garden in Périgord, France. The park, which is designed for walking, is situated on a spur overlooking the entire Dordogne Valley with its chalk-white cliffs, giving visitors the most spectacular panoramic views of Périgord.

A giant, 158 million year-old dinosaur named Kan now sits in the gardens facing the Dordogne Valley. This formidable predator is an allosaurus, a cousin of the Tyrannosaurus or T-Rex. Discovered in Arizona, USA in 2010, this skeleton is one of the most complete in the world. Kan is 7.5 metres long and 2.2 metres tall and consists of 75% real bone; the remainder is made from moulded parts to allow assembly.

Kléber Roussillon, owner of the Gardens of Marqueyssac, acquired the dinosaur at an auction for the modest sum of 1.128 million euros. To present such a prized possession in its best possible light, Guardian ClarityTM anti-reflective glass was chosen to reduce unwanted glare and reflections to a minimum. Visitors benefit from perfect, unobstructed views through the glass, allowing clear sight of Kan’s impressive teeth and claws. 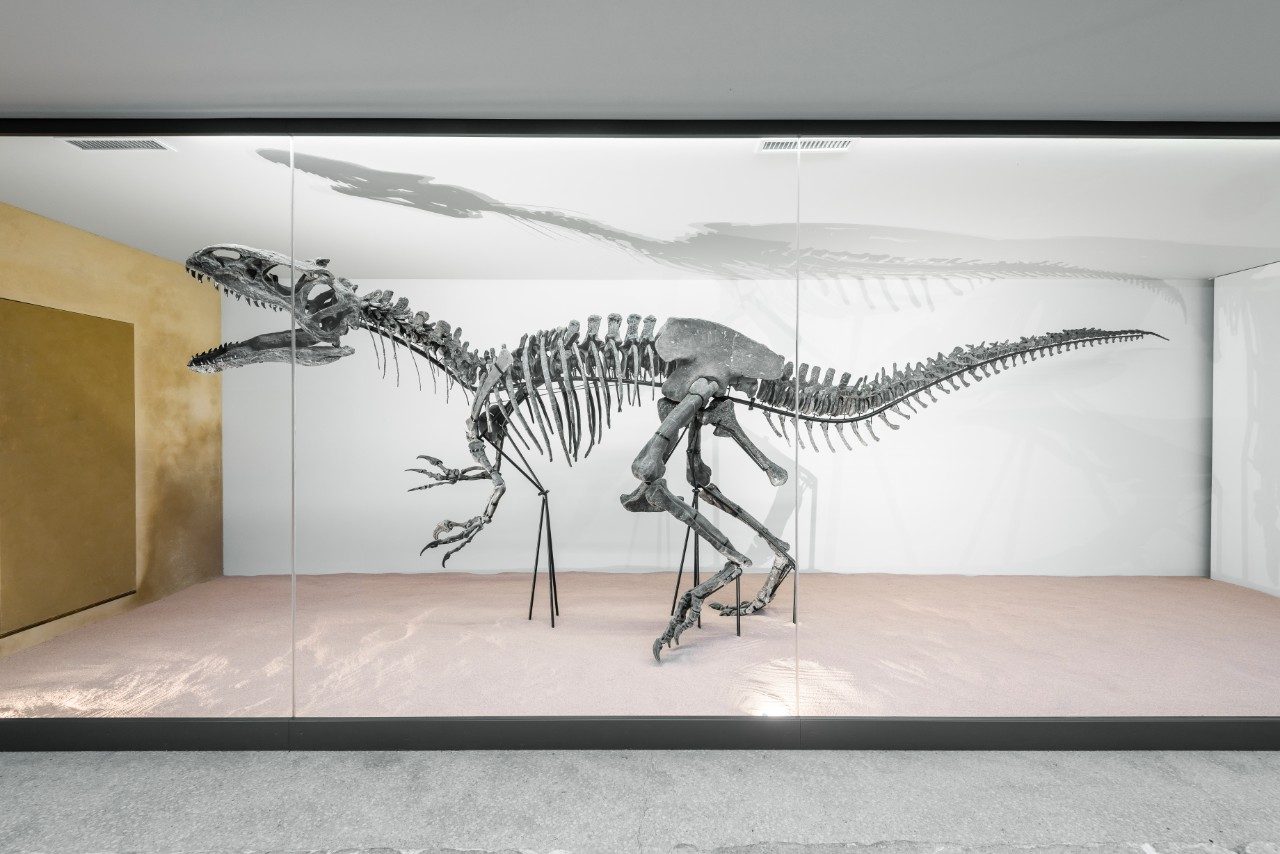 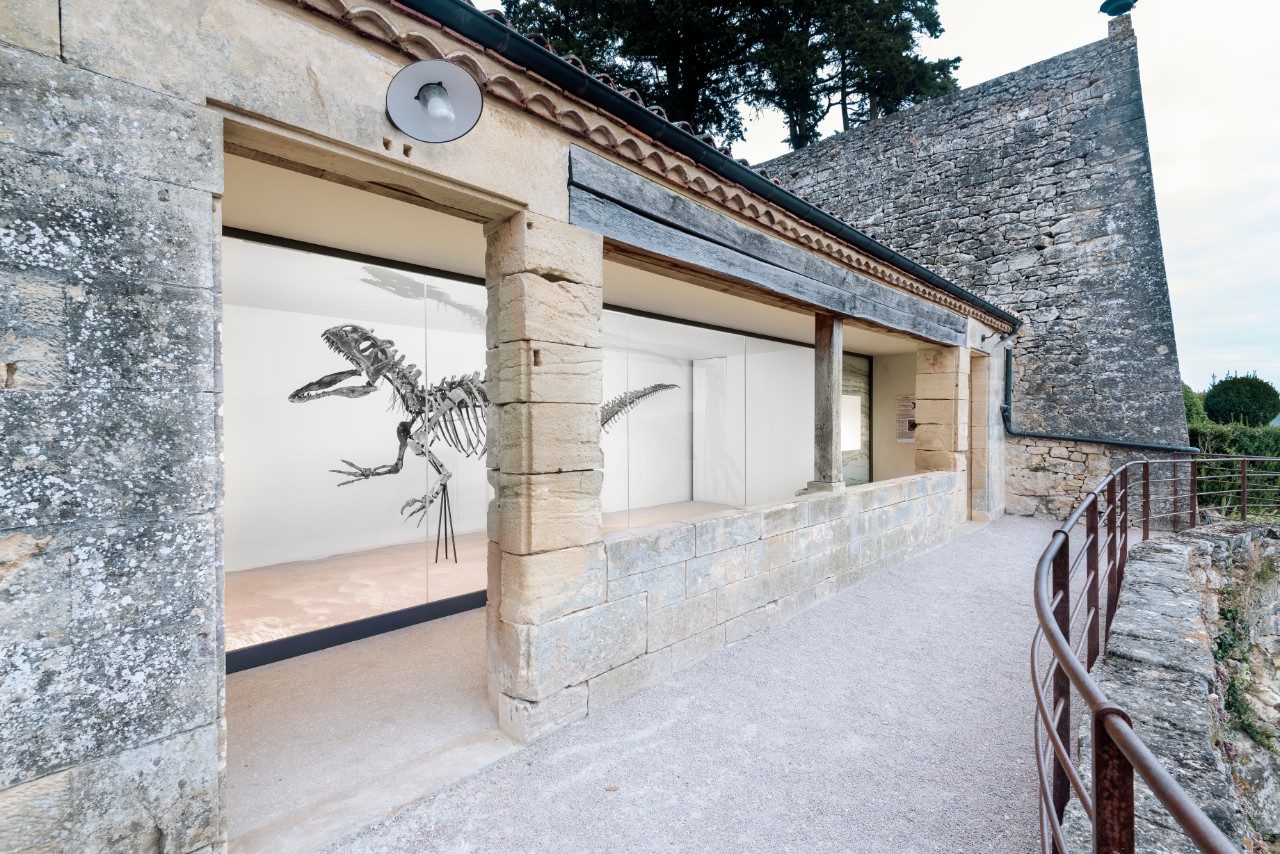 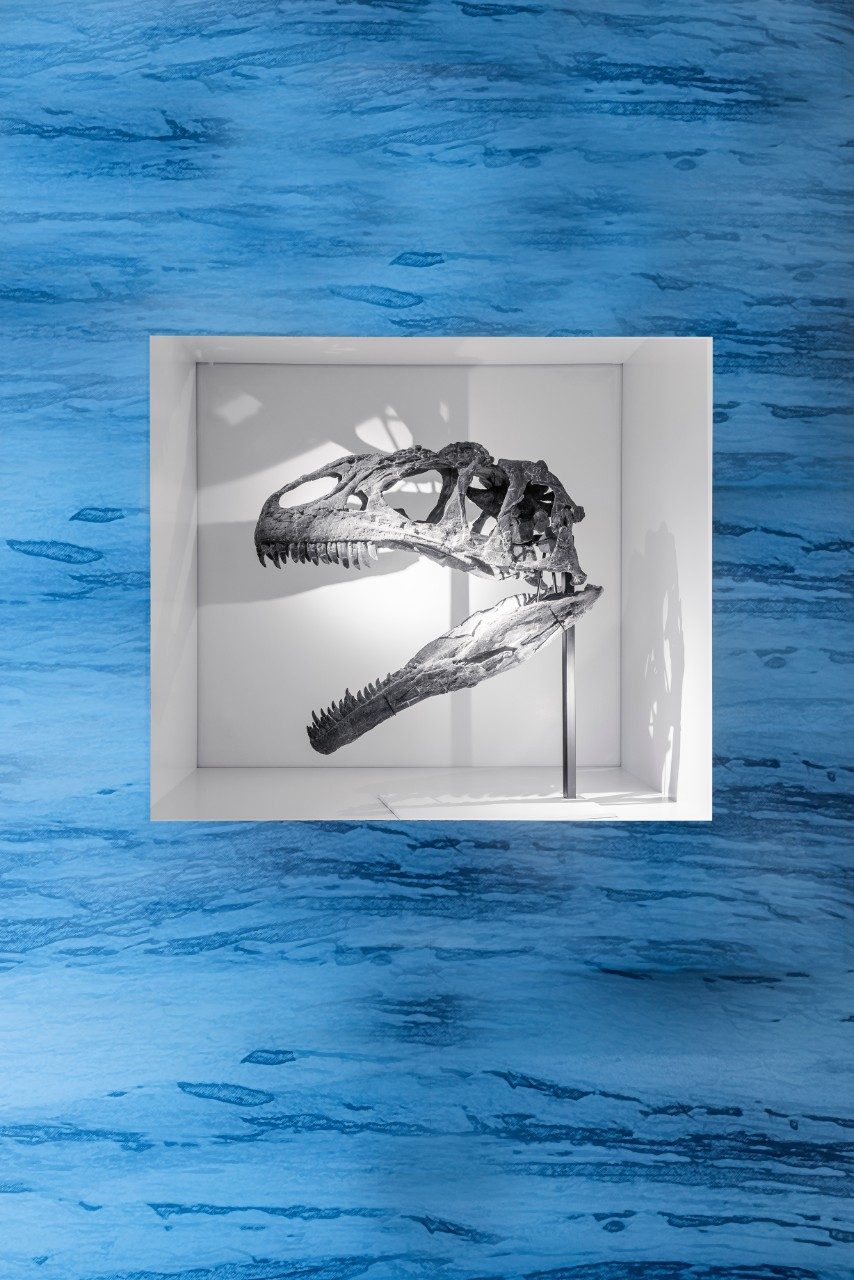 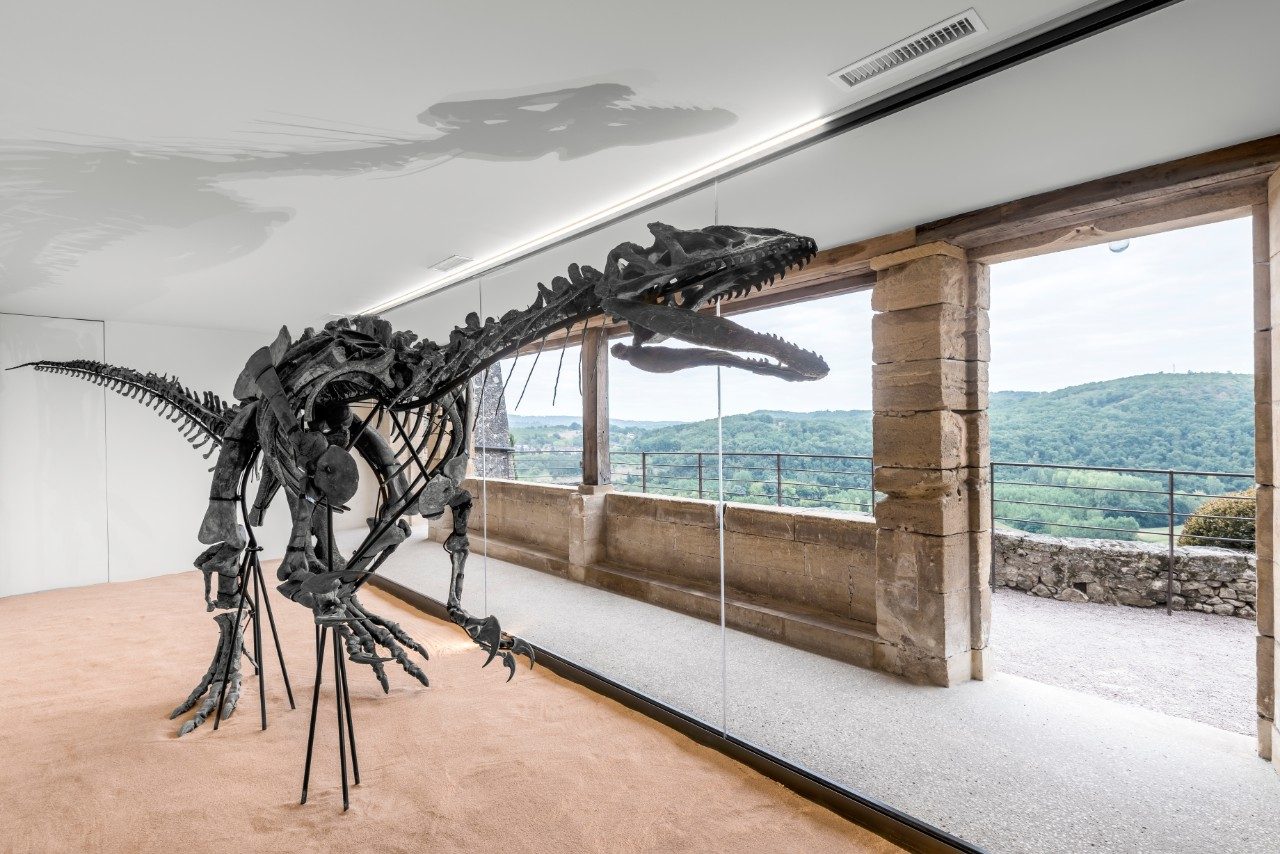 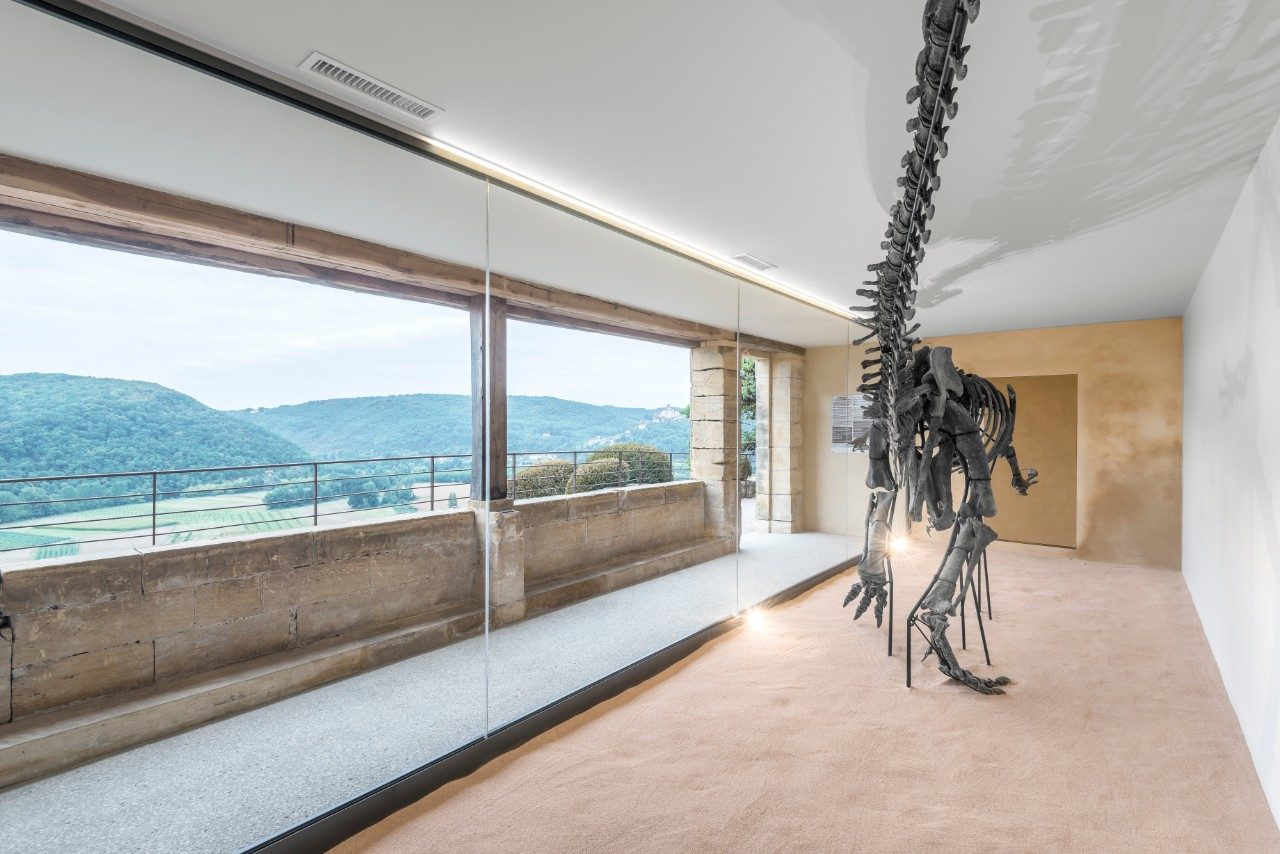 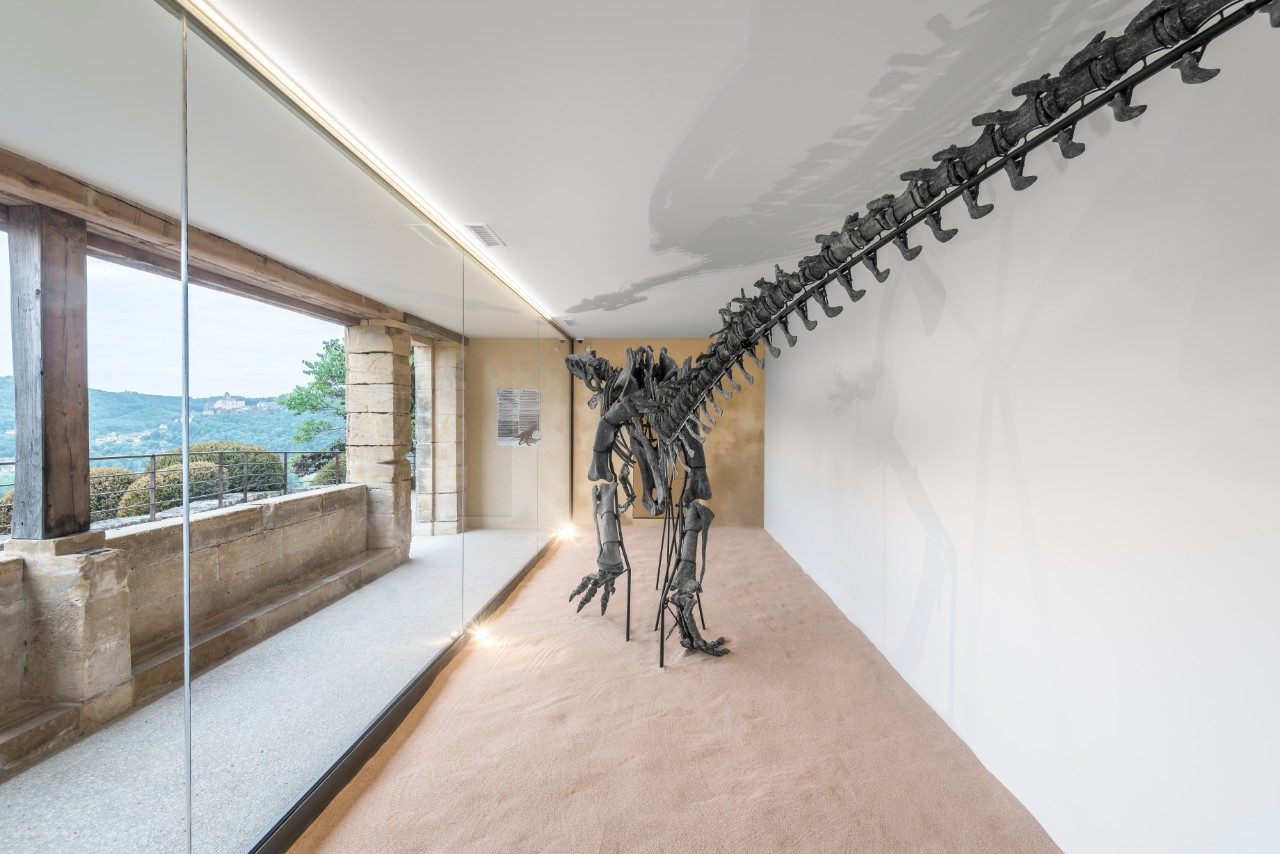 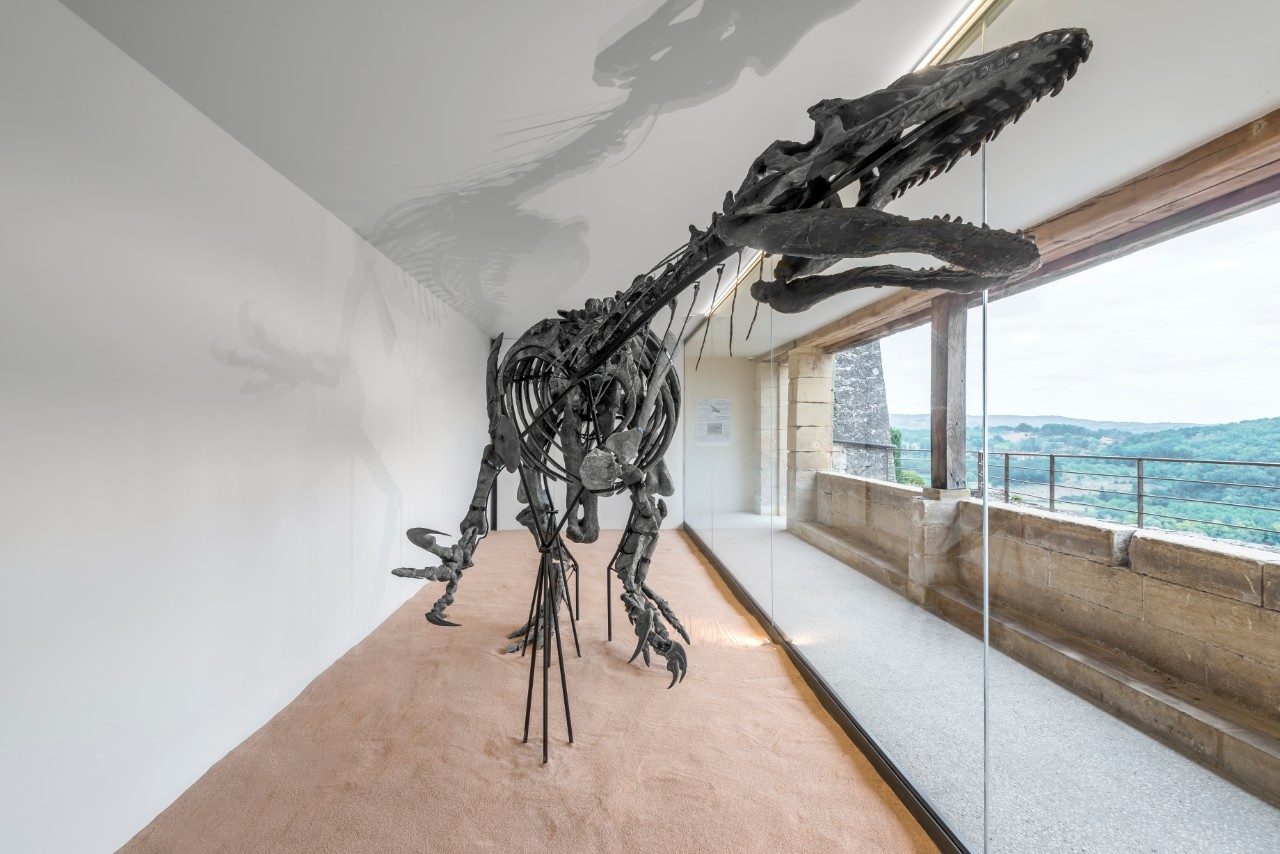 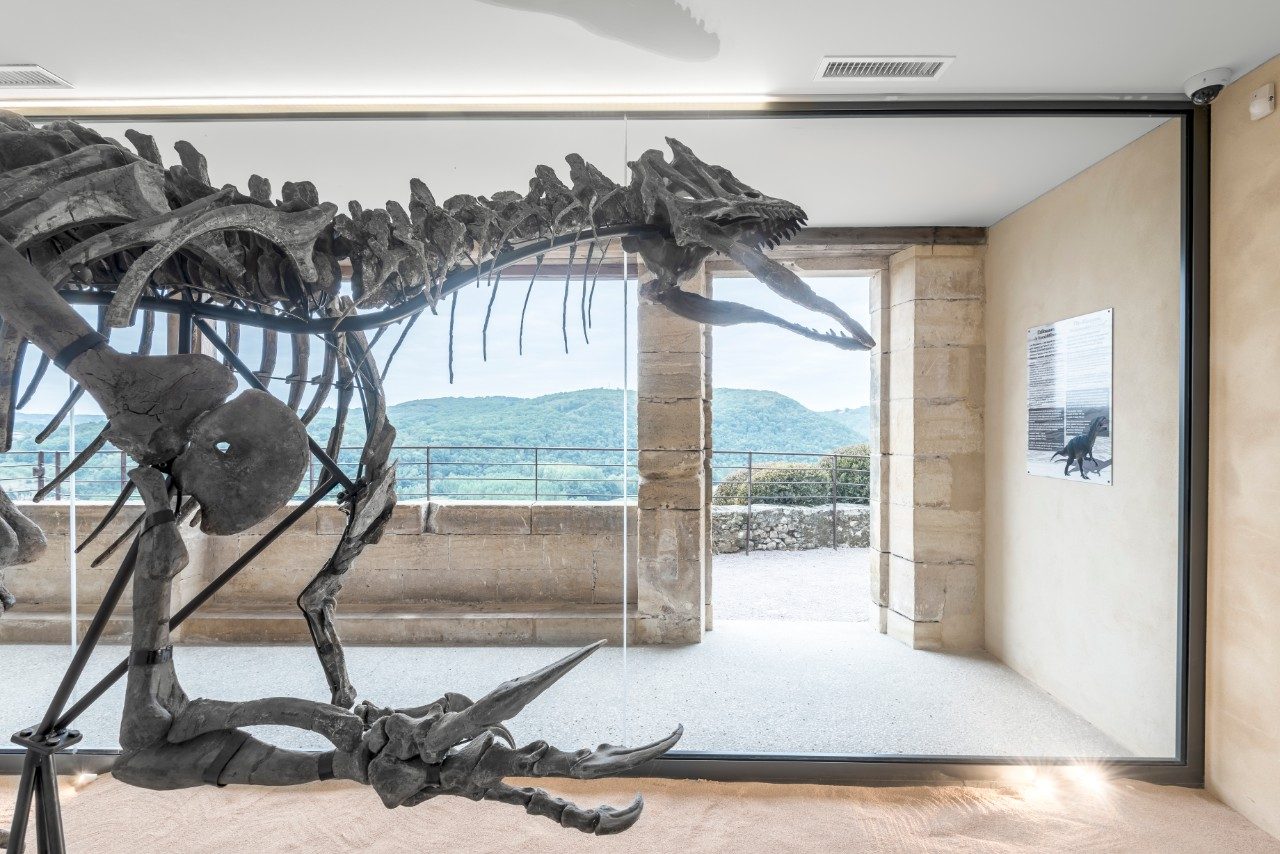 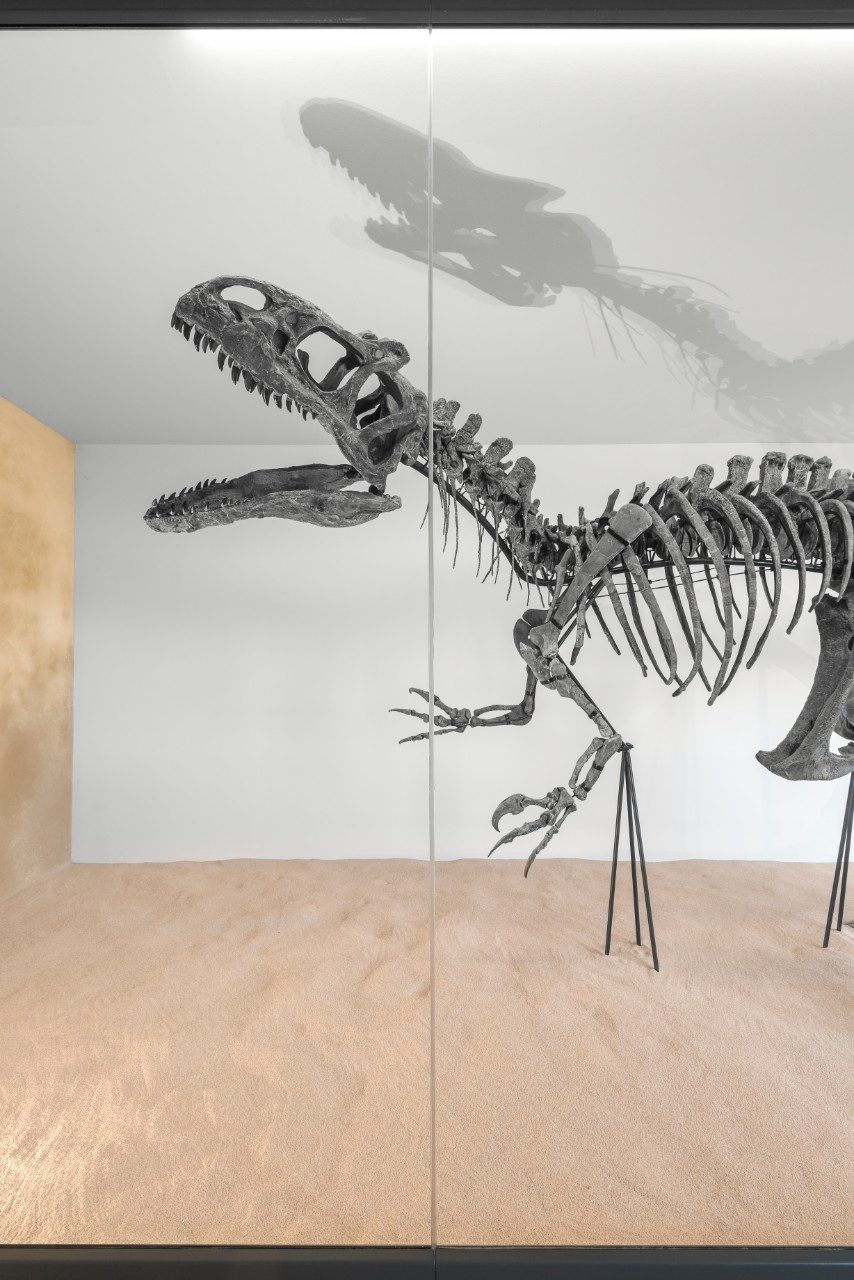 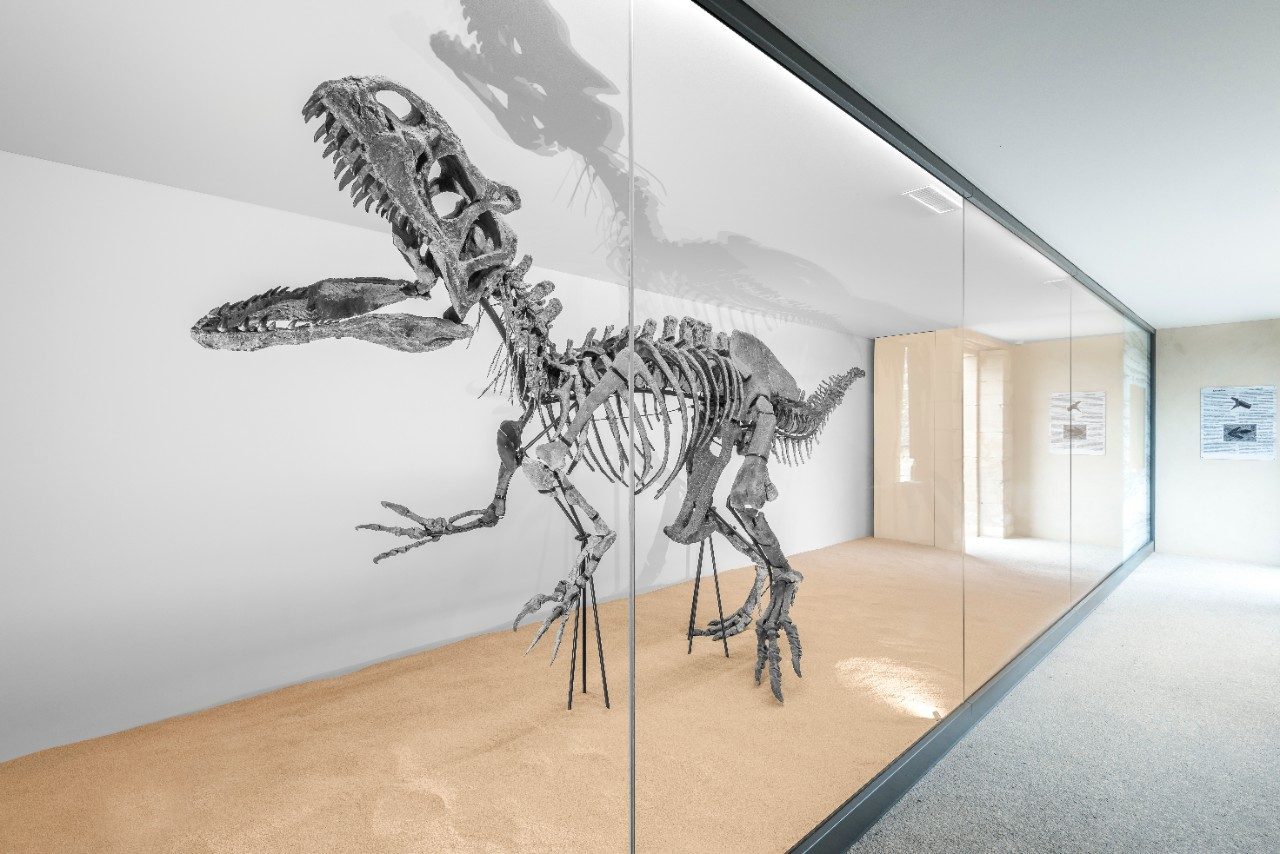